This year, I’m looking forward to reading Crash Into You by Roni Loren. And lo! It has already been released, as of this past Tuesday. I’m only on chapter two, though, as I had a lot of books I was already working on. So far so good. Here’s the scoop: 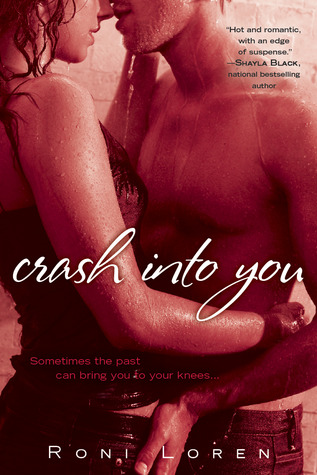 And the blurb (from GoodReads):

Brynn knows what attorney Reid Jamison is like once stripped of his conservative suit and tie. Years ago she left herself vulnerable only to have him crush her heart. Now she needs him again. Back on top. And he’s all too willing to engage. But as their primal desires and old wounds are exposed, the sexual games escalate-and so does the danger. Their hearts aren’t the only things at risk. Someone else is watching, playing by his own rules. And his game could be murder.